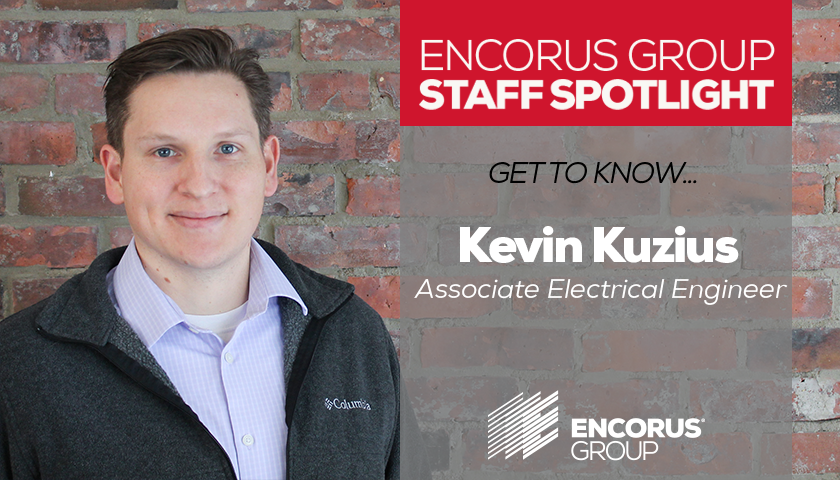 As a child, Kevin Kuzius always had a passion for science and mathematics with a desire to learn how things work. Helped along by influence from his family and friends, Kevin eventually pursued a degree in electrical engineering. He graduated from the University of Central Florida with a Bachelor’s Degree in Electrical Engineering.

After a stressful final semester and job search, Kevin started working as an Associate Electrical Engineer with Encorus in January 2021. While at Encorus, he has primarily worked on projects for the Buffalo and Bronx VA Medical Centers, as well as helping in the design of an electrical power distribution system for an expanding chemical facility in Sanborn, NY. Working alongside the rest of the electrical group, Kevin has learned a lot about power distribution and hopes to continue this growth with Encorus Group.

Outside of work, Kevin enjoys exploring Western New York through hiking, kayaking, and occasionally fishing, as well as exploring Buffalo’s rich food culture. Kevin is set to marry his girlfriend of six years, Kaitlin, at the end of August. They met while both working for Disney in Orlando.