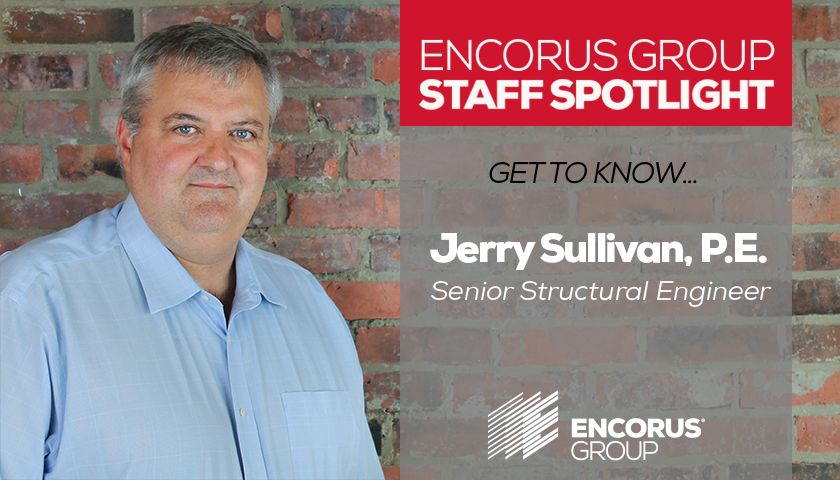 Growing up in a construction family, Jerry Sullivan learned early on in his life there was more to construction than the large cranes and earthmoving equipment he played on as a kid. He was always interested in the effort and process that went into the drawing and planning of a project. His first job was working on various construction sites, where he learned the construction process and developed a love for engineering.

Jerry attended Canisius College and the University of Detroit, where he graduated with a bachelors in civil engineering. While in college, he gained a new appreciation of engineering while in cooperative education through school. Jerry says that coop was one of the greatest learning experiences a young engineer can experience.

Jerry has been at Encorus Group for the past three years as our Senior Structural Engineer. He lives in Orchard Park with his wife Beth and their three sons. He is involved in all his kids’ youth sports, and enjoys remodeling, outdoor activities, meeting new people, skiing, and playing racquetball and squash.