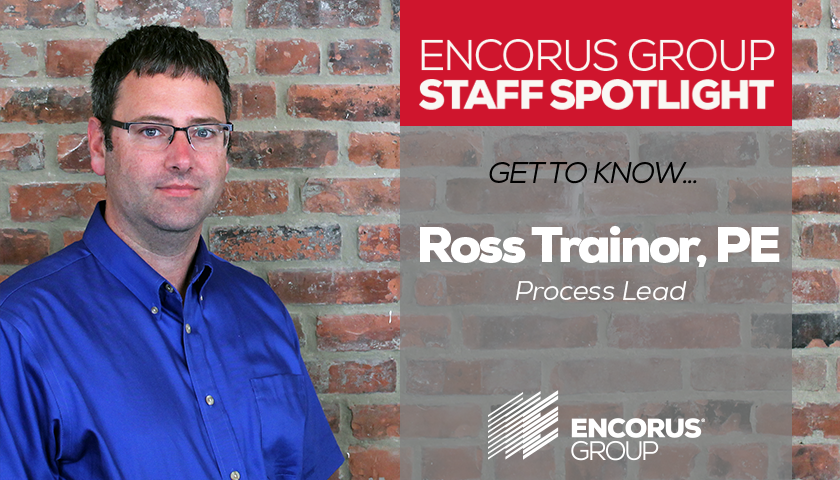 Growing up, math and science were not among Ross Trainor’s favorite subjects in school. As he continued his education, he eventually began to enjoy and understand these subjects through hard work and persistence. During high school and college, Ross worked as a maintenance staffer, where he became a “jack of all trades” working on pouring small concreate foundations and sidewalks, plumbing, roofing and small construction jobs. With this background and experience, Ross decided to pursue an engineering career.

Ross graduated from the University at Buffalo with a Bachelor’s and Master’s Degree in Chemical Engineering. He started his career and spent majority of it working for consulting engineering firms that furthered his growth and flexibility. Industries he worked in include steel, industrial, chemical, food, nuclear, renewable energy, oil, gas and waste management. Ross has had some great mentors throughout his career that helped grow and expand his abilities in the field. He particularly enjoyed the process design and process safety management aspects of the field, as well as project management. In mid-2021, Ross joined Encorus as the Process Engineering Lead and brought with him 15 years of engineering experience and project management.

Ross met his wife, Jacqueline, over ten years ago and they now have three wonderful kids. He enjoys the outdoors, which brought him into Scouting and achieving the Eagle Scout rank. In his free time, Ross enjoys spending time with his family and being elbow-deep in his saltwater reef tank.