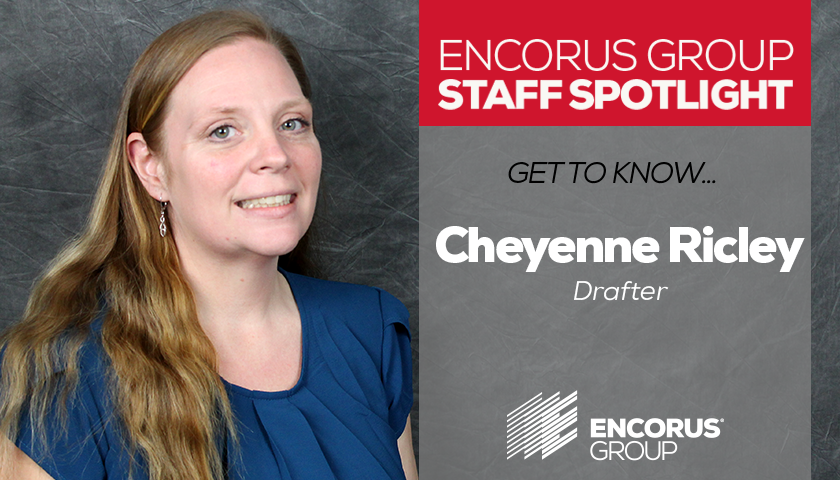 Cheyenne Ricley credits both her brother and her father for being the biggest influences in her career choices. Her dad was a mechanic, and Cheyenne loved working in the garage with him taking things apart and putting them back together again. Her brother was in the mechanical CAD program in school, and she watched and learned from him before deciding to follow in his footsteps. She was always good at math, in high school and enjoyed the computer aided drafting courses offered in high school.  This led her to join BOCES mechanical AutoCAD drafting courses.

Cheyenne continued her education at Alfred State, studying mechanical piping and design, and graduated with an Associate’s Degree. She landed her first job shortly after graduating and was able to work on commercial turbines and small repair parts that came through the shop. Later she shifted to working on more of the control parts and calculations that went on the top end of the turbines.

Cheyenne has been at Encorus for over three years now, and has moved up to Drafter II. She says that she knew this was a great company since the day of her interview, and has not looked back since. She has been able to learn and grow in all areas and disciplines with the help from her coworkers and the training the company offers. Cheyenne is the mother of two boys and lives out in the country. She enjoys horse showings, four wheeling and summer bonfires with friends and family.