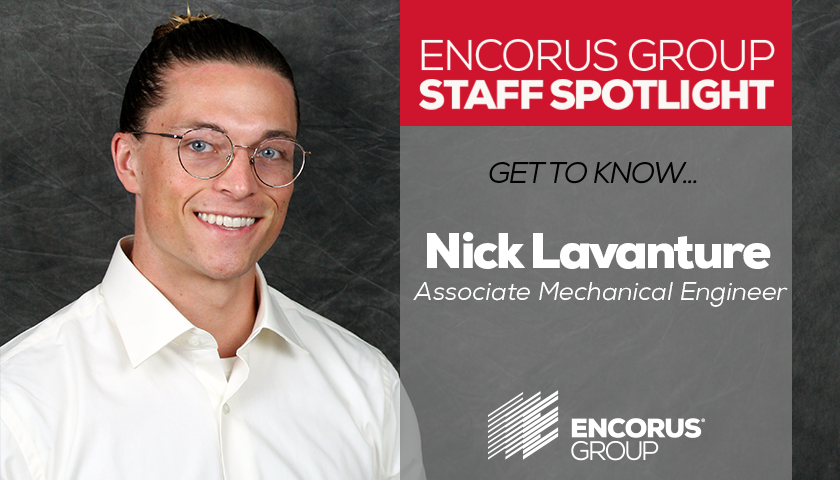 Nick Lavanture has always had an inclination towards engineering. As a kid, he spent his free time building and tinkering with anything he could get his hands on. Nick grew up surrounded by engineers – his grandfather, uncle, father, and brother are all engineers and well-versed in mechanical engineering. This helped him gain respect for all types of handiwork.

The constant exposure to engineering principles and applications and interaction with his family helped him develop standards to live by and levels of aptitude to aspire to. Nick says they each have their own bank of knowledge and skill that has been a great learning tool for him.

While navigating through school, engineering was the only degree he could see himself pursuing. He developed a fascination with physics and math, through both interest and necessity. Nick graduated from the University at Buffalo with a bachelor’s degree in mechanical engineering. He started with Encorus in March of 2022, and says that he feels well-accommodated and encouraged to learn. The people he works with and the high quality of leadership are among his favorite things about being part of the Encorus team.

In college, Nick had many hobbies,  including motocross, gymnastics, travelling, and weight lifting. He leaned most toward his love for art and music. He set up an art and music studio in the garage of his college apartment and began playing guitar and painting. Nick produced and sold his work throughout the later years of college and continues this passion today.