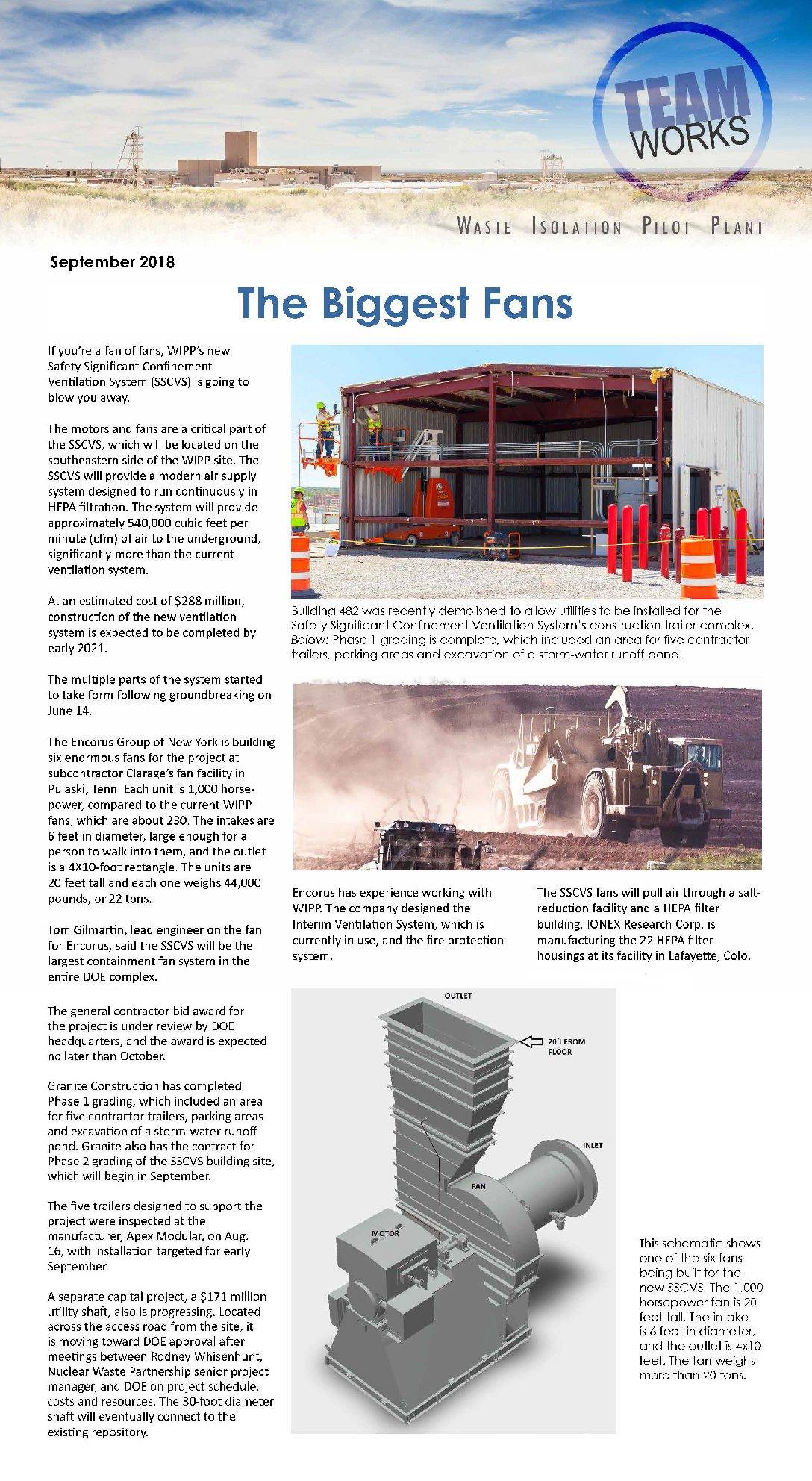 Encorus Group and our Director of Engineering Design, Tom Gilmartin, were recently featured in the WIPP September Newsletter for their work on the new Safety Significant Confinement Ventilation System (SSCVS). This $288 million project will consist of building not one, but six of these gigantic 6-foot diameter fans for a fan facility in Tennessee. The new fans will be close to five times more powerful than WIPP’s current ventilation fans. Our own Tom Gilmartin was the lead engineer on this ventilation system, and has said that the SSCVS will be the largest ventilation system in the entire Department of Energy complex. Encorus Group has done work for WIPP in the past, including designing, procuring, and commissioning the Supplemental Ventilation System (SVS) as well as the Fire Protection System. Take a look at the article for more information about WIPP and Encorus Group’s work. Great job, Tom and the rest of the Encorus Group Team!