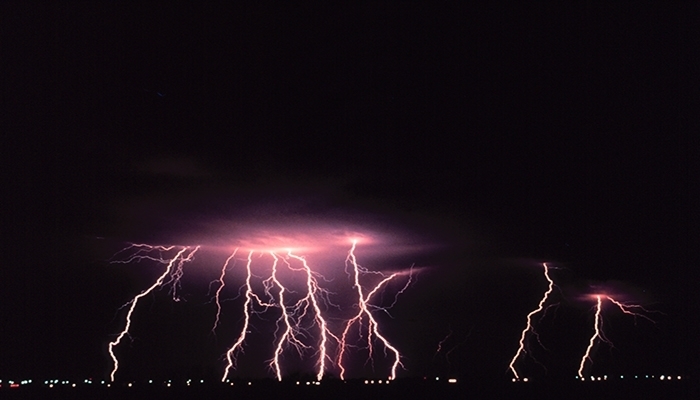 There is no sure-fire way to tell when lightning will strike. Lightning is a force of nature that surely has a mind of its own, but with a little foresight, good engineering can protect a building and its occupants from lightning strike hazards. The consequences of lightning strikes are serious. Lightning is one of the leading causes of weather-related fatalities.

Lightning strike prevention is possible with the properly designed systems following tried and true methods of application. These methods have an interesting history and it should not be surprising to know that Benjamin Franklin was one of the first to test the principle. He is known as a founding father: the founder of the first fire station, the father of electricity, and an avid inventor. In 1747, Franklin took particular interest in electricity and started working on several experiments, including his famous key on a kite experiment. By 1749, he had predicted that lightning was static electricity – and he was right. In the summer of 1752, he was in the process of creating the first lightning protection system. He used the tall, sharp steeple as the lightning rod, now called an air terminal, to protect the Christ Church in Philadelphia, PA. His idea was that a sharp, pointed piece of iron could pull the electricity out of the cloud before lightning struck and started an electrical fire.

Over the years, the science of lightning protection has become more exacting. From this research, and a lot of trial and error, consensus code standards have been developed which are now part of our company’s tool box.  Encorus Group has the capability and engineering experience to perform lightning assessment and calculations to determine the lightning risk value for a structure. This is a vital part of any new structure design and is critical to major building modifications.