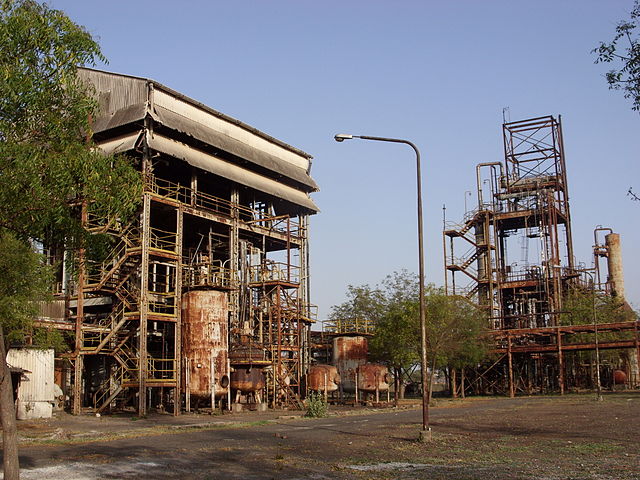 Fun Fact Friday: The Reason for the Rules

Most industries and businesses are subject to regulations. Some may seem overbearing or unnecessary. Older generations might remember the reasons that certain regulations were enacted in the first place, but younger people may see them as a burden to their business, without recognizing the benefits these regulations actually provide. Many current regulatory requirements were put into place following tragic events, in order to prevent them from occurring again.

Since our Fun Fact Friday series is currently focused on Mechanical Integrity Services, we will discuss some regulations related to process safety management, environmental concerns, and hazardous materials, and how they came to be.

In December of 1984, a gas leak occurred from underground reservoirs at the Union Carbide India Limited pesticide plant in Bhopal, India. Over 500,000 people in and around the plant were exposed to methyl isocyanate gas. Exposure to this chemical can cause respiratory and eye irritation, skin damage, pulmonary and lung edema, emphysema, bronchial pneumonia, and death. About 3,500 people perished immediately as a result of the leak, and another 15,000 over the next several years. The incident is considered to be the world’s worst industrial disaster. Though its exact cause remains the subject of debate, it is generally agreed that several of the plant’s safety systems were malfunctioning, and valves and lines were in poor condition.

This tragedy pushed the United States to enact 29 CFR 1910.119 – Process Safety Management of Highly Hazardous Chemicals in 1992. This was OSHA’s first major process safety regulation. It contains requirements for preventing or minimizing the consequences of catastrophic releases of toxic, flammable, or explosive chemicals, such as occurred in Bhopal. It is impossible to say how many lives have been saved because of regulations such as this, but doubtless incidents have been avoided because of them.

Your business may be impacted by 29 CFR 1910.119 if you utilize flammable or hazardous gasses or liquids. You may be required to document that your equipment complies with recognized good engineering practices, perform process hazard analyses, and establish a system to address deficiencies. All of these things help to ensure the safety of your employees and neighbors, the environment, and the integrity and longevity of your plant and equipment.

Another environmental disaster happened in Encorus Group’s own backyard. In 1890, this neighborhood in Niagara Falls was created as a model planned community. It eventually did become a model community, but for all the wrong reasons.

After the community development project was abandoned, the canal gradually filled with water.  In the 1920’s, it became a dump site for the municipal refuse for the city of Niagara Falls. Twenty years later, Hooker Chemical Company purchased the site and used it to dump over 20,000 tons of chemical byproducts from manufacturing operations. The chemicals were buried about 25 feet underground, and the canal covered with a clay seal to prevent leakage when it was eventually closed.

In the decades that followed, a school was built on the site, and another a short distance away. Homes and low-income housing were built adjacent to the site. Construction activities breached the clay liner and cap of the dump site, allowing rainwater to get in, mix with the toxins buried there, and then seep out into the soil and water nearby.  Over the next decades, people noticed black fluid flowing out of the area, and reported finding puddles of oil and colored liquid in their yards and basements. Residents complained of odors in the area. In 1977, the New York State Departments of Health and Environmental Conservation began an air, soil, and groundwater sampling and analysis program in the area. Residents in the area reported health issues, including birth defects, epilepsy, and high rates of cancers. In August 1978, the dump was declared an unprecedented state emergency, and a federal health emergency. This was the first time in US history that emergency funds were used in a situation other than a natural disaster. President Jimmy Carter was the impetus for cleanup to begin, with trenches to transport the waste to sewers being built and some home sump pumps sealed off.

Shortly thereafter, Congress passed the Comprehensive Environmental Response, Compensation, and Liability Act (CERCLA), better known as the Superfund Act, with Love Canal becoming the first entry on the list. CERCLA created a tax on the chemical and petroleum industries, which was used to fund cleanup efforts, and provided broad federal authority to respond directly to releases or threatened releases of substances that may endanger public health or the environment. The Act holds companies accountable and liable for cleanup.

Disasters like these have led to the implementation of regulations such as the Clean Water Act and other EPA regulations, as well as New York State Chemical Bulk Storage Regulations. They require monitoring of hazardous materials, notification measures to ensure that people are aware of hidden conditions, and establish standardized procedures to protect public safety and health.  As they say, ‘there are rules for a reason’. These regulations improve society’s overall quality of life, by keeping people safe and promoting a healthy environment rather than a toxic one. If you haven’t lived through any of these disasters or their subsequent cleanup, that means that the regulations are working!

These regulations can be complex and difficult to navigate, but Encorus is here to help. We can help you figure out which are applicable to your business, and assist in making sure your company is in compliance. Encorus can even help you build and implement a proactive mechanical integrity program to deal with issues before they become problems, and ensure that you never miss a compliance deadline or goal.

If you have questions for any member of our Mechanical Integrity Team, or would like a quote on services, please call Keith Taylor at 716.592.3980, ext. 143 or email him at [email protected].