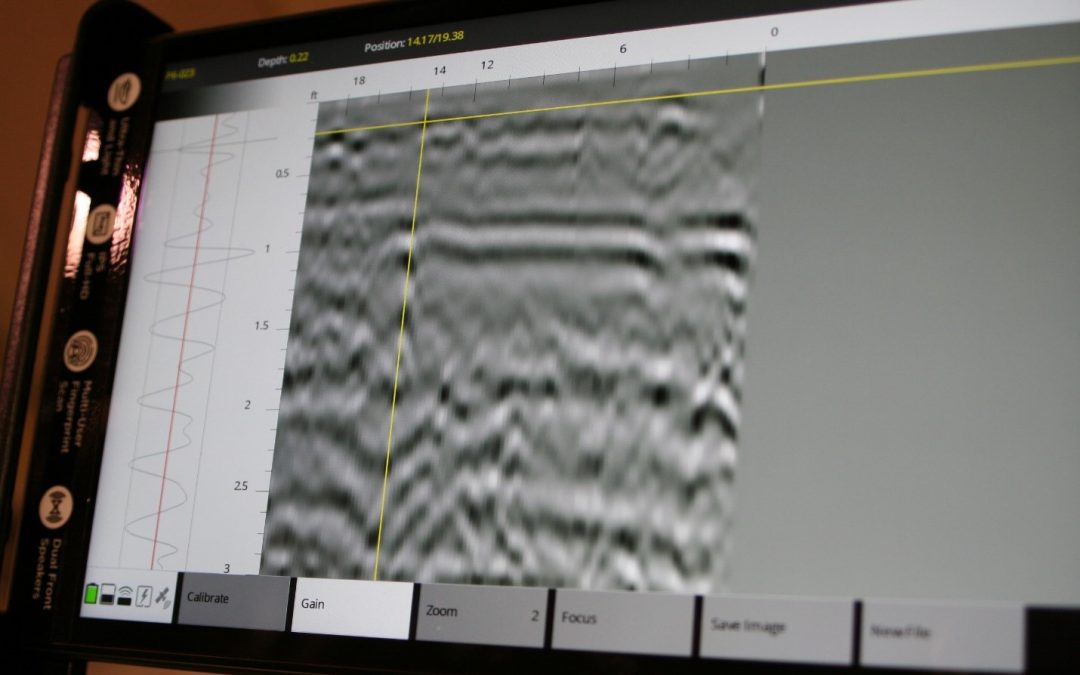 Last week, we looked at some different types of mechanical integrity inspections and what situations they are useful in.  This week, we will take a closer look at Ground Penetrating Radar, or GPR.

Ground penetrating radar (GPR) uses radar pulses to determine if there are objects located under the surface.  It can be used on dirt, stone, concrete, wood, and other materials.  An object of a different density in the ground or in concrete acts as a reflector and returns a different signal that its surroundings.  In addition to detecting hidden objects, such as tanks, pipes, and utility lines, GPR can show changes in material, voids, cracks, and the thickness of walls, floors, slabs, and other layers.

This makes GPR really useful for its traditional purposes – locating underground pipes and tanks, voids and sinkholes, and different types of materials.  GPR can be used on soil, rock, pavement, and concrete, as well as ice, snow, or even water.  In addition to mechanical integrity and non-destructive testing, GPR is useful for archaeologists, law enforcement, the military, and other groups.  It has even been used on the moon.

The operator of a GPR unit must be trained not only in its use, but also in the interpretation of the results.  The radargram that displays on the screen looks to the untrained eye like a series of gray, wavy lines with some numbers thrown in for good measure.  An experienced technician will be able to look at the scan and see diffractors beneath the surface – things bouncing the radar pulses back to the surface – as well as reflections from soil layering and other expected situations.  The technician can tell the approximate depth as well.  How far down GPR can “see” depends on the type of material you are using it on, but it can be up to about 30 feet in optimal conditions.

Things that are placed at regular intervals, such as rebar or concrete piles, can be easy to identify.  Technicians are trained to look for common patterns, and with experience will come to be able to quickly identify them.  They can compare the location, shape, and length of the image to what is expected to be there, allowing them to develop an idea of what may have happened in the area.

At Encorus, we have used our GPR unit in traditional examinations, such as locating rebar within a concrete slab, pipes beneath a foundation, and utility lines underground.  We have also been able to use it for some non-traditional projects.

One involved an in-ground swimming pool that was losing water rapidly each time it was filled.  The usual culprits of pump and filter leakage were ruled out, so underground piping was unearthed.  Still no luck there.  Where in the world was the water going?  Encorus was called in to check for underground voids in the vicinity of the pool, as possible locations for the lost water.  By identifying where the water ended up, it could be traced back to where it was coming from.

Another interesting use of GPR came when a local high school was set to find and open up a time capsule that had been placed within the school.  While they had a pretty good idea where it was, the configuration of the building had changed somewhat in the years that passed since the time capsule was placed, and officials wanted to be sure of its location before they began cutting holes in the wall!  Using a smaller, handheld GPR unit, Encorus was able to identify a void in the wall, and time capsule was subsequently removed from it. 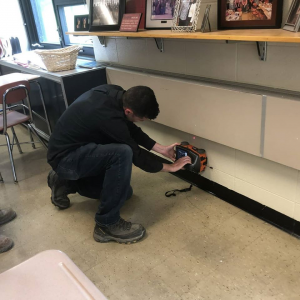 If you have any questions, or would like a quote on GPR or any other mechanical integrity services, call Keith Taylor, Director of Mechanical Integrity Services at 716.592.3980, ext. 143, or email him at [email protected].