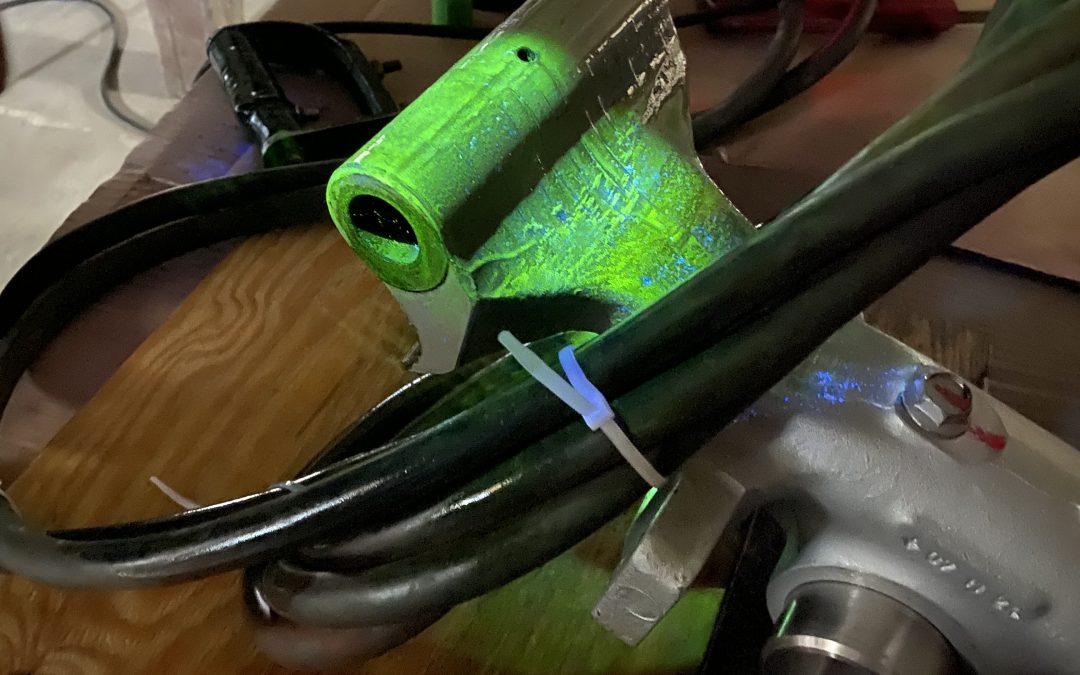 Magnetic Particle Testing is another process included in the range of nondestructive testing services that Encorus offers. This method is commonly used to test metal objects for defects due to the relatively quick and straightforward application process. Magnetic Particle Testing is performed by using one or more magnetic fields to locate discontinuities in or near the surface of ferromagnetic materials. The magnetic fields used for testing can be applied by either permanent magnets or electromagnets, and are usually used in conjunction with very fine colored ferromagnetic particles, which are visibly drawn into discontinuities by the magnetic forces acting upon them.

The special properties of magnetic minerals were first recognized by the ancient Greeks. From then on, magnetic materials were used more commonly in day-to-day life. According to the NDT Resource Center, the first use of magnets in identifying flaws in metal, such as cannons, is said to have occurred in the mid-1800s. It was then discovered that metal shavings could be utilized in combination with a magnetic field, which would cause the shavings to gather at the flaw itself. This was the first use of Magnetic Particle Testing. After this discovery, Magnetic Particle Testing was widely recognized as a reputable form of NDE.

If a piece of equipment is suspected to contain a flaw, the first step in Magnetic Particle Testing is to magnetize the material. The magnetic field will flow through any unflawed materials with two poles, north and south, at the beginning and end of the material. If there is a flaw, the magnetic field will be interrupted at the source of the break, and the poles will reverse. This reversal creates a magnetized leakage. Once the material is fully magnetized, metal particles are applied to the surface of the equipment. The magnetized leakage field that the flaw creates will attract the metal particles and cause them to gather in that particular area. This process enables the inspector to determine where the flaw is located based on the visible collection of metal particles.

Magnetic Particle Testing and other forms of NDE are integral to maintaining the quality of equipment, as well as ensuring the safety of the equipment operators by detecting potential equipment failure so that it can be quickly repaired. If you require NDE services, contact Encorus’s Director of NDE, Jim Handzlik, at 716.592.3980 ext. 148 or [email protected].