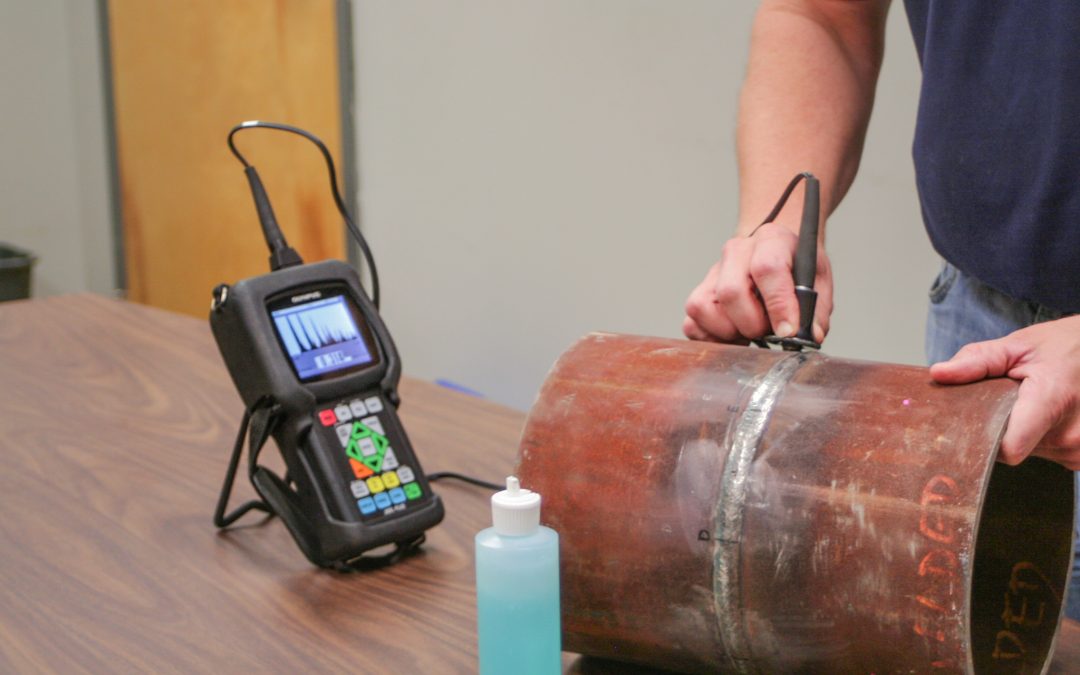 Ultrasonic Shearwave Testing (UT), also referred to as Ultrasonic Thickness Testing, is another type of non-destructive examination. This procedure is similar to the type of medical ultrasound testing that is most notably performed on pregnant women. Instead of using ultrasonic waves to see a baby, the waves are instead used to detect flaws or cracks in welds or metal components.

The preliminary concept of Ultrasonic Thickness Testing was first developed with the use of sonar principles. According to the NDT Resource Center, sonar functions by emitting sound waves into a space and recording the returning echoes. The echoes indicate that the sound wave is bouncing off of an object located in that particular area. This technique was used by early submarines to detect other objects in the water that were not visible to the eye. The use of UT to detect flaws in materials was first developed in the early 1900s, and as time goes on and technology is continuously improving, the practice is becoming more and more accurate.

Used to check for surface and sub-surface discontinuities, Ultrasonic Thickness Testing on welds involves the direction of a high-frequency energy beam through the object using a transducer. If the beam detects an interruption, sound will reflect back and be collected by the pulse-echo equipment, which then amplifies it and displays it visually in video format. UT is very sensitive and can determine the exact location of discontinuities, particularly gas pores, lamination, and other defects that are too small to be observed with other methods. While it requires interfacing with computers or equipment with built-in memory to produce a permanent record, it allows for a closer inspection of joints than radiographic testing can provide. Only highly trained professionals can perform ultrasonic weld testing accurately.