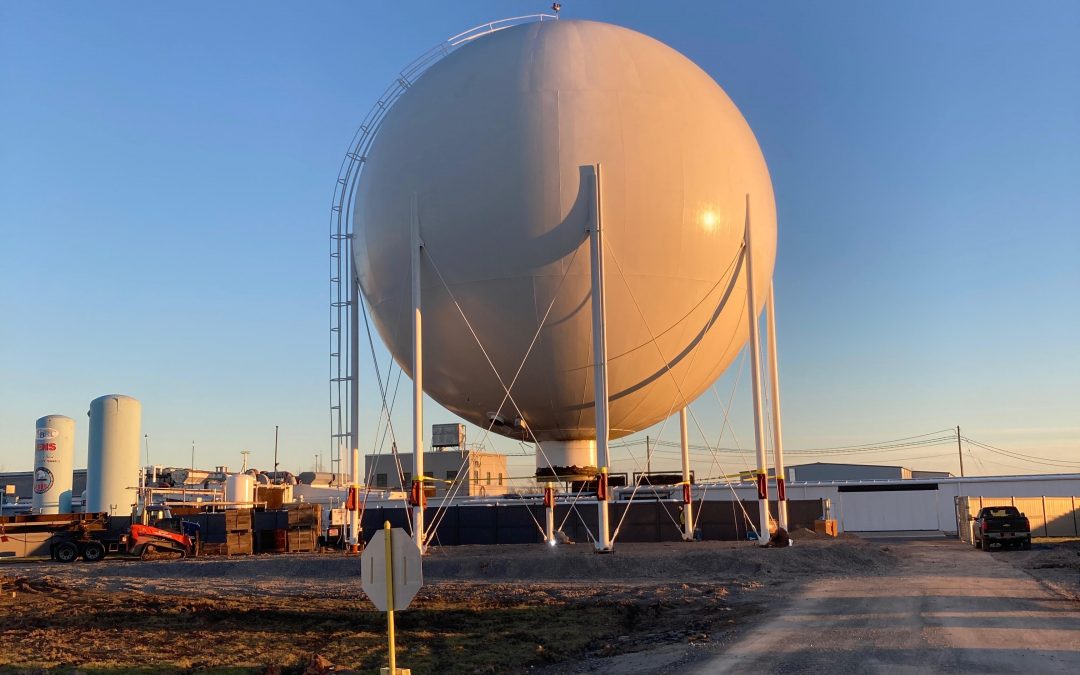 CUBRC’s Aeroscience team has completed a major milestone in the development of its newest capability.  Over last weekend, the team moved the large (65’ diameter) vacuum sphere a few hundred yards to its new location just to the North of the current LENS family of facilities.

The large sphere, originally constructed in the 1950s by Cornell Aeronautical Laboratories (CAL) in the early days of hypersonics research and testing, is being repurposed by CUBRC as an integral part of the new hypersonic waveheated initial operational capability being developed by their Aerosciences team. The effort to relocate the sphere has required months of expert and detailed planning (and permitting), and is the first major milestone in the process of the hypersonic waveheated capability becoming a reality over the next 16 months for CUBRC and the Nation.

The move itself, including multiple right-angle turns, was accomplished in just 15 hours over two days by the dedicated team from International Chimney Corporation and Expert House Movers, Inc.  The 260-ton sphere and support structure was lifted off of its foundation by eight hydraulically driven, self-leveling trucks that were placed under the eight legs of the sphere and then driven to its new foundation location.  A significant engineering feat for CUBRC and the Aerosciences Sector!