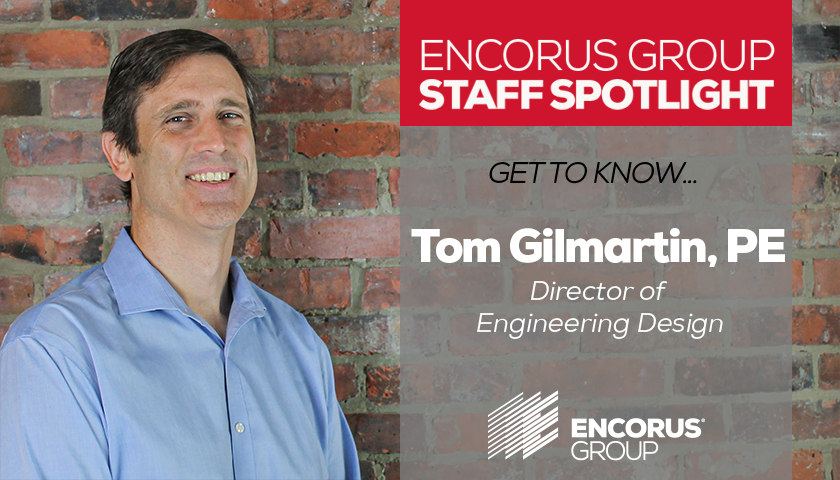 Tom Gilmartin has loved math and science as long as he’s been able to think.  He has never been a “theoretical” scientist though; rather, he is a tinkerer.  This led him straight to engineering as Webster’s defines it:

“the application of science and mathematics by which the properties of matter and the sources of energy in nature are made useful to people”.

Tom followed the math-science track all through high school, taking advanced courses in math, chemistry and physics. He enrolled at Rensselaer Polytechnic Institute right out of high school, choosing electrical engineering over other disciplines. Tom chose electrical because for him, it held mysteries that were difficult to see and understand.  Mechanical and structural systems seemed elementary to him.  He could just look at the machine and imagine the forces and motions and infer the functionality.

Electricity is an enigma; current moving in a wire is invisible!  In 1992, Tom started working in Arcade, NY designing robots, and he’s never looked back.  Fast forward 29 years, and he is now at Encorus as the Director of Engineering Design in charge of a group of engineers who design all sorts of things:  buildings, automation, power, processes, vessels, etc.  Although many people have taught him many things, in all that time he’s never really had a “technical” mentor.  Because he loves the science, whenever he didn’t know how to do something, he would take time to do research and teach himself.  He has had “professional” mentors, most notably Ivan Bedell and Mike Sendor.  These people helped him with the transition to leading projects, people, and even businesses.

Tom enjoys his work at Encorus for many reasons, not least among them being the variety.   Encorus has projects all over the United States, in sectors such as commercial, industrial, military, energy, and health care.  While we do plenty of standard code-driven engineering work at Encorus, Tom likes the fact that we choose to tackle challenging engineering problems.  With the diversity and challenge, the engineering is kept fresher and more interesting.  When he’s wearing his Director hat, Tom really enjoys acting as a guide for the younger engineers, both technically and professionally.  It’s extremely gratifying when employees start to understand the program and work as a team.