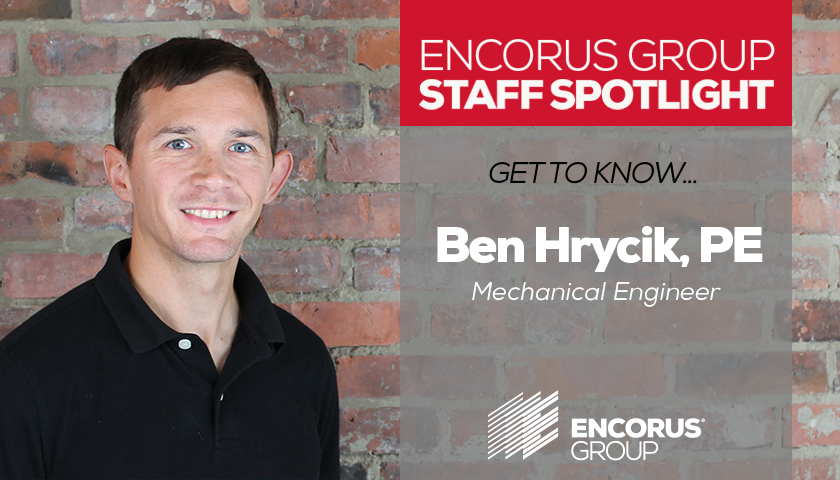 When Ben Hrycik was a kid, any toy that was put together with screws or bolts was taken apart and put back together again repeatedly. When he got a little older, he started working on cars and bikes. In high school,  Ben participated in Science Olympiad, which is a competition that includes engineering and building events. He enjoyed math and science in school, so engineering was a natural choice for him. Ben graduated from Clarkson University in 2009 with a BS in mechanical engineering.

Ben joined Encorus in 2009 and started working on engineering and drafting projects. After years of hard work, he is now a Senior Mechanical Engineer and works on a variety of mechanical design projects. These projects include pressure vessels, process piping, machine design and analysis and supporting nuclear decommissioning at various sites around the country. He often uses finite element analysis (FEA) to assist with design, or as a forensic tool for failure analysis. Ben earned his PE license in 2015.

Ben loves working at Encorus because of the wide variety of projects and new challenges each day brings. He is constantly learning new skills which makes working at Encorus so enjoyable for him. Ben now lives in Colden with his wife, Lara, and 12-month-old daughter, Adah. He enjoys outdoors activities such as hiking, canoeing and snowboarding. Another hobby of his includes working on old cars, like his 1970 AMC AMX and multiple jeeps.