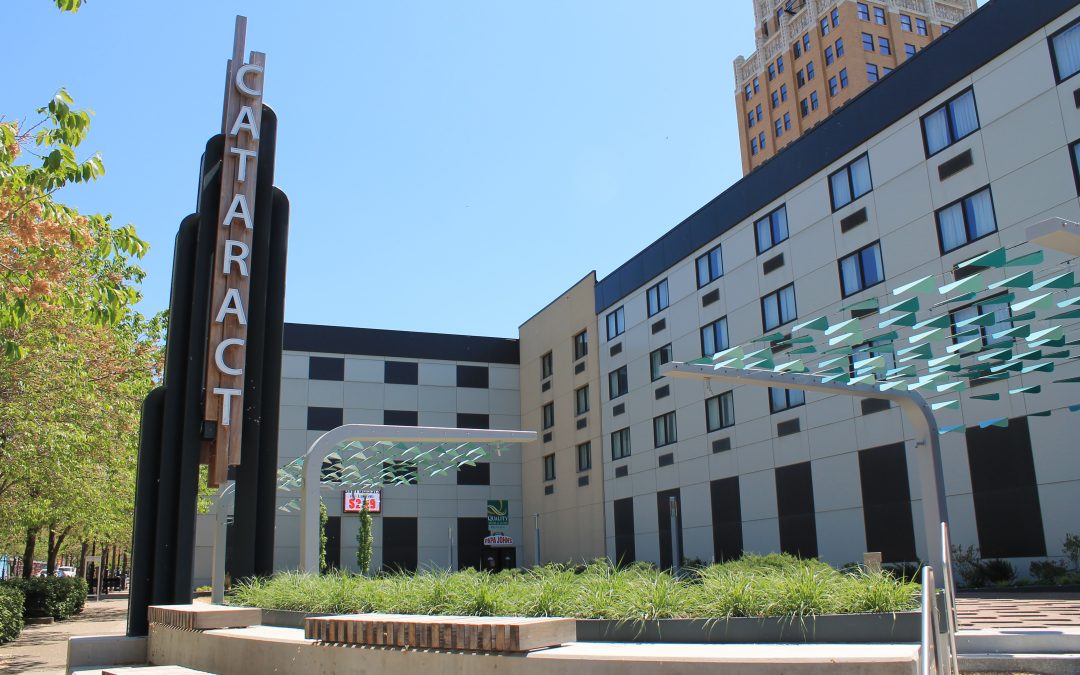 Old Falls Street in downtown Niagara Falls has been the focus of redevelopment efforts to reconnect the City of Niagara Falls to the Falls itself. This effort was to improve the experience for both visitors and residents alike. Led by the USA Niagara Development Corporation, a component of the Empire State Development Corporation, the Cataract Commons project helped to address the needs of the community by transforming an empty parcel into a new public “commons” space.

This space was previously part of the now-removed Niagara Falls Wintergarden.

Many new features were included in the project, such as permanent seating structures, a performance stage, architectural shade structures, planters, and landscaping. All of this was done in a relatively small space of approximately 10,000 square feet. This project was funded by a grant from NYS as a part of the Buffalo Billion II initiatives.

Encorus Group was responsible for the electrical design of the project. Encorus did the design of the exterior LED lighting, lighting control system, and the site power system. Work included interfacing with the remains of the Wintergarden structure, which still serves as the utility vault for the surrounding area. Preparation of drawings, specifications, and cost estimates were also included in the firm’s scope.