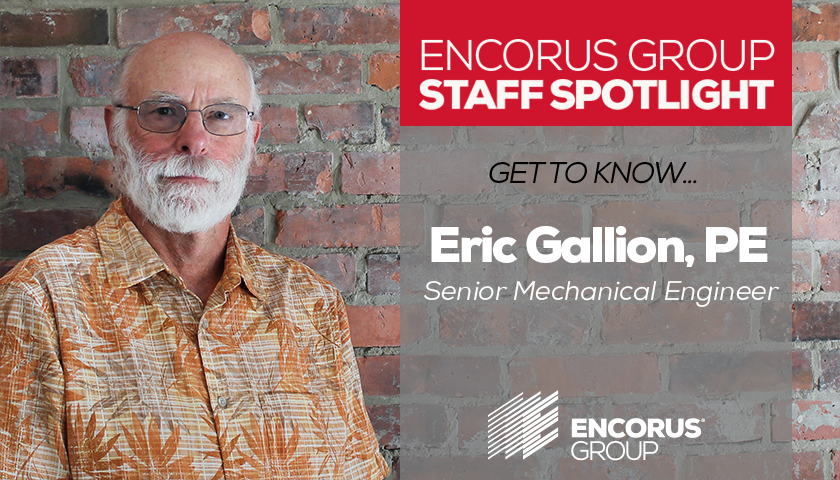 Eric Gallion was always interested in building and tinkering with stuff as a kid. Whether it was machines, cars, or anything mechanical, Eric was drawn to it. Early on in school, he began gravitating towards engineering because of his knowledge in math and science. Eric began his education at Rensselaer Polytechnic Institute and completed his engineering degree at UB. During this time, Eric’s interest in energy conservation and solar energy began to grow. This led to him finding work and learning about HVAC design. Over his first few years of work, he picked up experience with wastewater, plumbing and fire protection.

Throughout his career, Eric has worked for many different local engineering firms. None were more influential than his first true engineering job, where he developed a great mentorship with his first boss. After years of experience and work, Eric decided to retire in 2006. Shortly after his retirement, he found Encorus in a part-time role. This was a perfect fit for him because he was looking for a part-time job to keep active in the field, without the stress of full-time employment.

Eric says he truly enjoys working at Encorus. He likes the relaxed atmosphere, the social ‘family-like” camaraderie, and the challenging assignments. Eric is grateful and appreciative to be able to continue to do useful work at Encorus. He will be celebrating his 15th work anniversary here at Encorus this month!