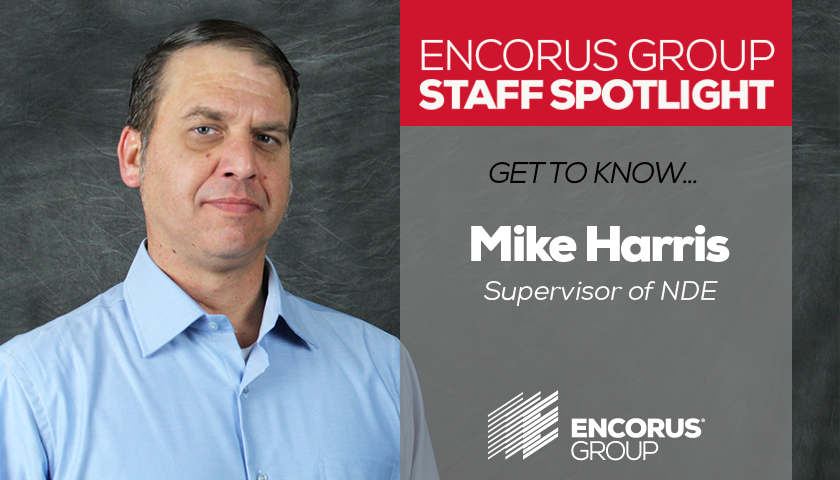 Encorus NDE Supervisor Mike Harris was born and raised in Ransomville, NY. From a young age, Mike was always around garages, and began to surround himself with race cars. He was a tire changer for NASCAR driver and team owner, Chuck Hossfeld.

Mike took BOCES classes in welding in high school, and would go on to Mohawk Valley Community College where he received his associate degree in welding. Shortly after, Mike became an ion worker at the Local 6 in West Seneca. He worked at the West Valley Demonstration Project doing structural steel welding, and then went on to work with fellow Encorus supervisor Jim Handzlik at QISI doing civil and x-ray work.

Mike enjoyed welding, but radiography was something he really enjoyed and had much more interest in. Mike has been doing radiography work ever since then. He was fortunate to have completed jobs at some interesting places across Western New York, including the Seneca Niagara Casino and Six Flags Darien Lake. Mike enjoys working at Encorus because of the family-friendly environment and the commitment from leadership to allow its employees to go after new work.