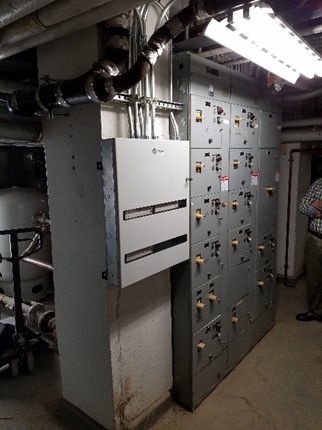 The scope of this project included the preparation of plans and specifications to replace two single pass chillers at the Bath VA Medical Center.

A heating and cooling load analysis of the areas served by the existing chillers was performed, and the results were used to size and select a single air cooled chiller to replace the two existing chillers.

The project included preparation of a pumping and piping plan for the new chiller to connect the two existing systems, as well as tying the new chiller into the existing building automation system. A Motor Control Center (MCC) was sized and selected to replace the existing MCC, and tied into the existing building automation system. Phasing was required as the work was intended to be performed during cooling season, and a quick turn-around was necessary as the areas served by the chillers are essential to the facility’s operation.