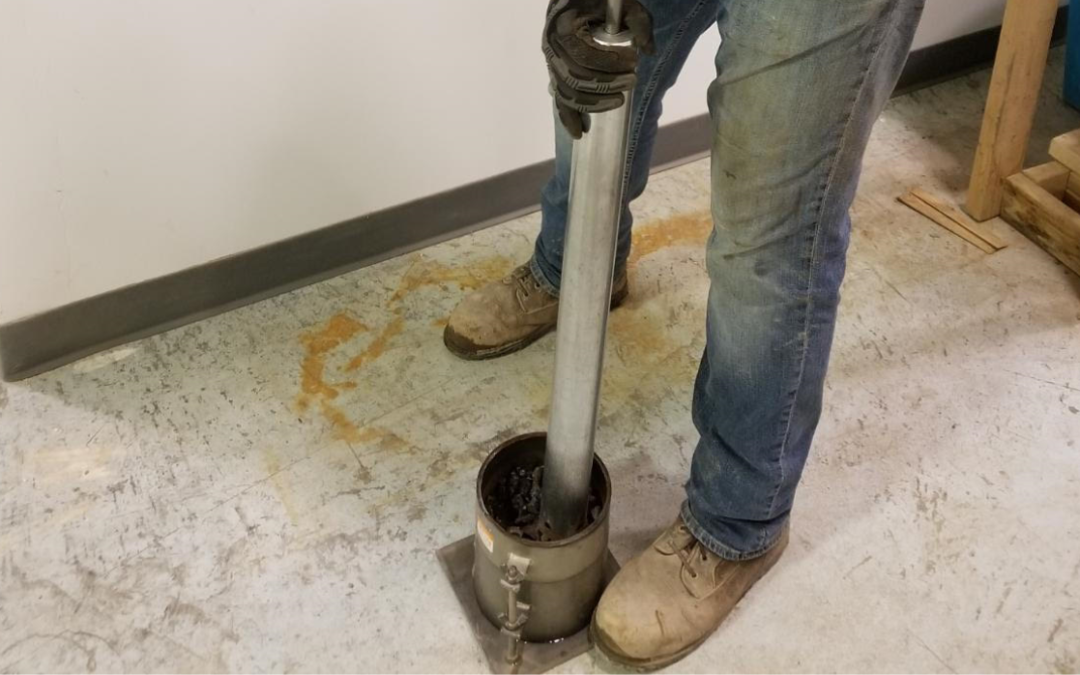 DID YOU KNOW? #funfactfriday
Fun Facts About a Dry Subject: Determining Optimal Moisture Content in Soil

The Fun Fact Friday post for this week will concentrate on one of the services offered by our Civil Materials Testing Group, Laboratory Compaction Characteristics of Soil Using Modified Effort.

This standard laboratory test is referred to as a Proctor test (named after its creator, Ralph R. Proctor) and was developed to evaluate a soil’s moisture density relationship under a specified compaction effort. The test includes dropping a rammer onto the layers of soil to produce a level of compaction that will determine its correlation between the molding water content and dry unit weight of the soil.

A soil sample that has a specific molding water content, which is the amount of water in the soil after it has been subject to compaction, is separated into five layers and then placed in a single mold. Each layer of the soil is packed down by a rammer with a total compactive value of 56,000 ft-lbf-ft3. This compactive effort removes the water from the soil sample. The dry soil is then weighed, and the results become the dry unit weight.

This procedure of determining the dry unit weight is repeated with a number of soil samples from the same location to determine the relationship between the molding water content and the dry unit weight. The results from these tests are plotted to form a curve, known as the compaction curve.

An approximate visualization of optimum soil moisture can be found by squeezing soil into a lump that will stick together, yet break cleanly into two sections when “bent”.

The compaction process is important when soil is to be used as an engineering fill. Proper compaction is necessary for the soil to maintain acceptable engineering properties such as shear strength, compressibility, and permeability when used for foundations, embankments, or bases. Compacting soil increases load capacity and stability prevents settlement of the soils or damage from front and reduces water seepage, expansion, and heaving. If compaction is not performed properly, failure of the pavement or structure may eventually occur.

The dry unit weight number that is obtained from this method of testing is used to conduct In – Place Density Testing by Nuclear Methods, which will be the topic of the next Fun Fact Friday post.

If you are in need of Laboratory Compaction Characteristics of Soil Using Modified Effort services, contact Civil Laboratory Supervisor Jeremy Lake at [email protected] or (716) 592-3980 x133. 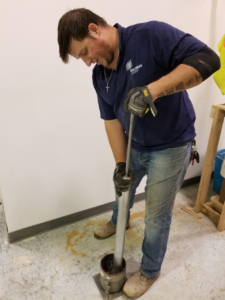