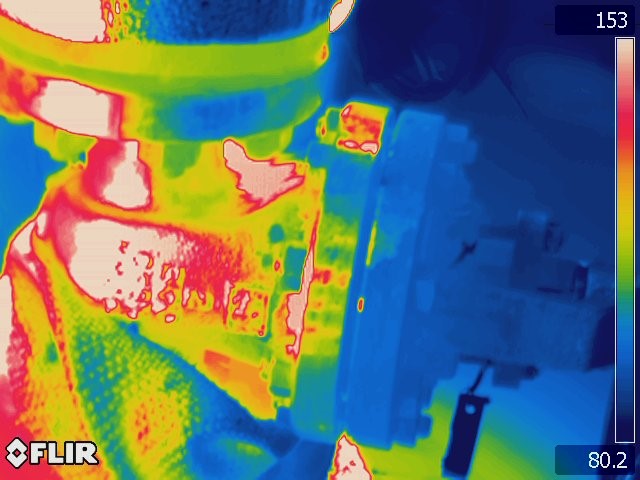 Encorus offers a variety of NDE services, including Thermography Testing. Officially adopted by the American Society for Nondestructive Testing in 1992, this method is one of the quicker and more affordable forms of NDE testing.

Thermography is a valuable diagnostic tool in an industrial setting. It allows the user to quickly and efficiently scan a large area to determine where there are areas of temperature change. In the electrical field, thermography is traditionally used to identify hot spots on electrical equipment that typically indicates a loose connection or an excessive electrical load that is causing heat to be produced. It is a predictive tool to identify at risk equipment before a failure occurs.

Other applications for thermography include the identification of insulation or refractory damage. Thermography can identify areas of a boiler where refractory damage may have occurred on the inside of the unit which is producing hot areas on the outer skin. In a similar way, it can be used to scan the exterior insulation of a cold piece of equipment to identify areas where the insulation may be failing. Thermography is even used in the roofing industry to identify the origin of roof leaks on very large flat membrane roof systems by indicating the temperature difference between the roofing material and the water.   The latest infrared detectors have been developed to be sensitive enough to detect the evaporative cooling caused by a fugitive emissions leak on piping or process equipment. This can be used to identify small natural gas, solvent or other flammable gas leaks so they can be repaired before they either have environmental or safety impacts on the operation.