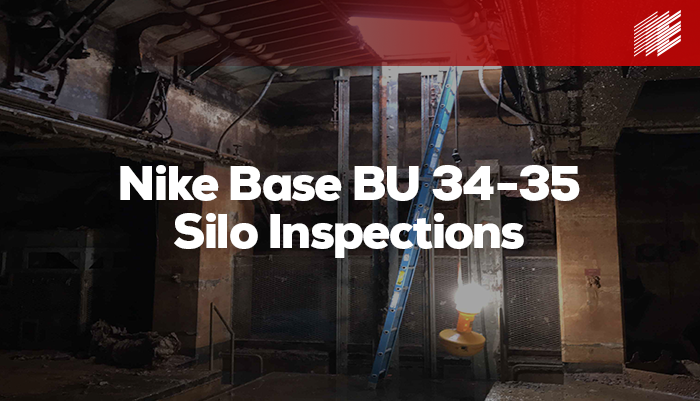 Did you know that there were missile launch and control sites here in Western New York? You might be surprised to learn that, beginning in 1955, surface-to-air missile launches and other ancillary buildings were constructed by the US Army throughout the area. The Niagara Falls – Buffalo Defense Nike Battery BU 34-35 consisted of launch and control areas, and stored the Nike Ajax missile.  The launch areas included underground missile magazines (also referred to as silos).  Crossing town lines, the launch area was located in the town of Aurora and the control area about two miles away in Orchard Park, NY.  This particular site included six silos, which were constructed of concrete.  The Department of Defense (DoD) controlled the area during its period of service, 1956-1963.

The former base was scheduled for cleanup and demolition decades after its deactivation.  Having fallen into disrepair, it was necessary for the site’s condition to be evaluated in order to ensure the safety of those working to improve the site.  Encorus Group was called upon to do so.

The silos were filled with water, and had to be drained before the inspections could proceed.  Air monitoring, Tyvek protective suits, and head lamps were required in addition to standard personal protective equipment for the confined space entry.  Observations were made from ground level and from basement level inside the silos during the investigation.  Items inspected included the condition of the concrete, available safety features such as handrails, and potential safety hazards, the condition of mechanical piping, conduit, and equipment.

A report was prepared for the client detailing each silo’s condition and specific concerns, and included both a narrative and supporting photographs, sketches, and other documentation.   This information  was subsequently utilized to ensure a safe remediation and demolition effort.