home / News / Civil Testing / What is a “Troxler” and why is it important?

What's New at the
Encorus Group? 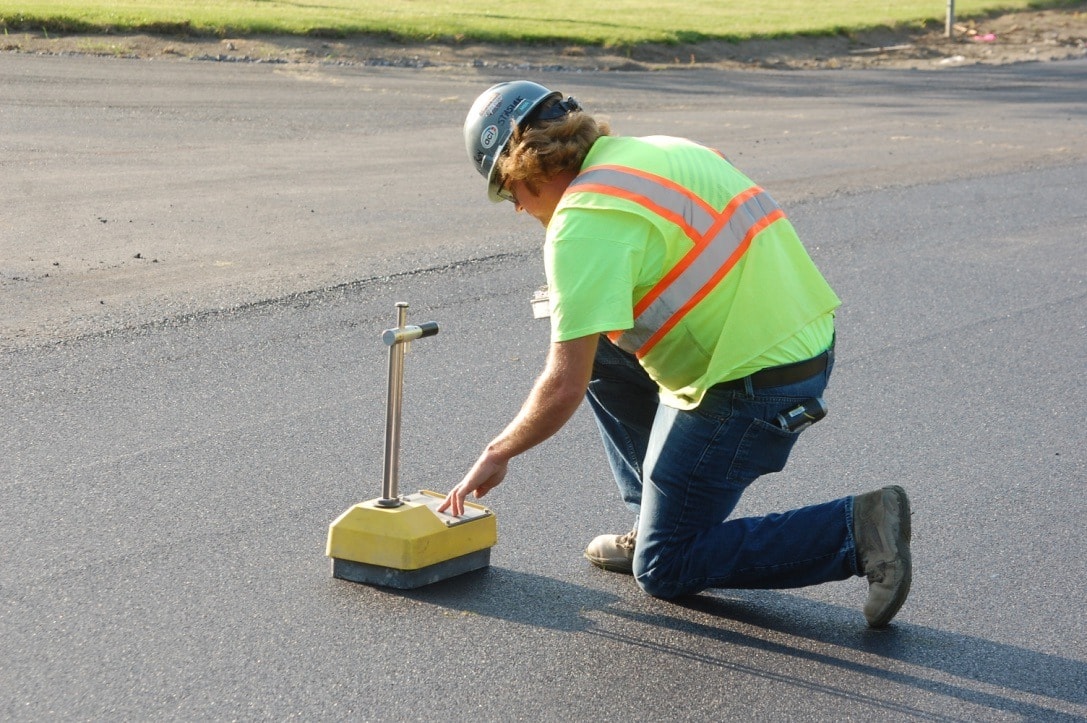 What is a “Troxler” and why is it important?

A nuclear density gauge is a tool used to test the density of construction materials in the commercial construction industry.  It is used on road/highway, wind, and solar projects, among others.  The tool is comprised of a gamma radiation source (such as Cesium-137) about the size of a pebble at the end of a source rod, and Geiger Mueller tubes embedded in the base at the other end of the gauge.  The source rod is lowered into the ground and, once released from its shielded housing, gives off just enough radiation to measure density.  The Geiger Mueller tubes detect the gamma radiation that is emitted from the radiation source and passes through the material under the gauge.

By calculating the percentage of particles that return to the sensor, the gauge can be calibrated to measure the density and inner structure of the test material.  The machine is often called a “Troxler”, as Troxler Electronic Laboratories is a major manufacturer of the device.

Encorus personnel use nuclear density gauges primarily to determine the density of asphalt and soil.  This test data is compared to design requirements and tells the contractor if the asphalt or soil is compacted properly.  Insufficient compaction can ultimately result in asphalt or soil failure and is especially important when preparing surfaces which will support structures, roadways, parking lots, and bridges.

Encorus currently has over ten Troxler Certified Nuclear Density Gauge Operators on staff.  We work with contractors, construction companies, municipalities, and more to help ensure the safe and successful completion of their projects.  For more information or to schedule a field test, call Jim Handzlik, Director of Civil Materials Testing, at 716.592.3980, ext. 148 or email [email protected]